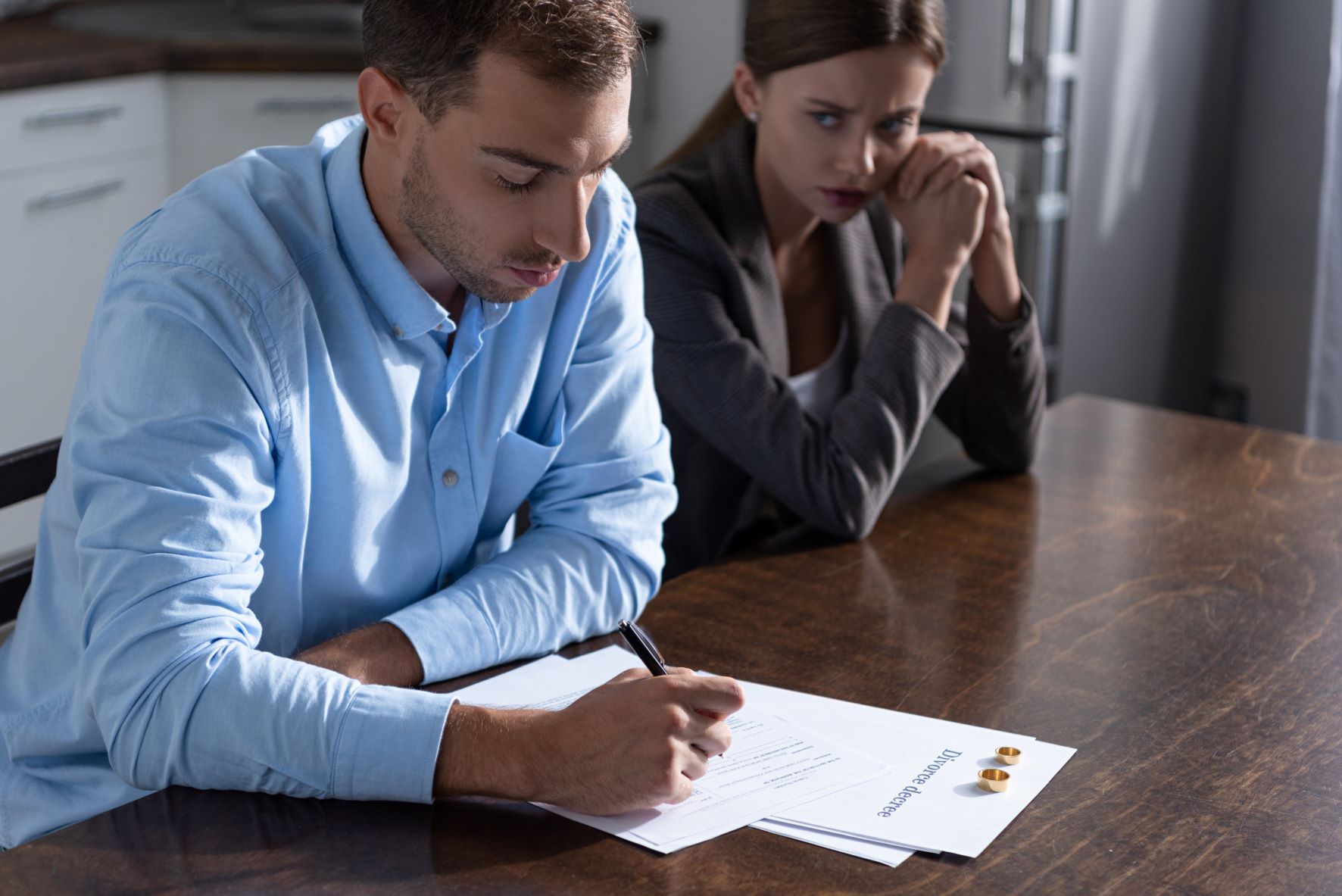 You and your spouse are splitting. Your marriage is over. Your wife is impossible. Your husband’s been lying. You both have retained lawyers. And now, because you cannot agree on anything, you are going to court. You tell your divorce attorney:

“I have an open-and-shut case. You should be able to wrap this up in a couple of weeks. Just wait until the judge sees the evidence I have against my wife. He’ll fall off the bench.”

You and your spouse are splitting. Your marriage is over, and despite the acrimony, you both have been able to negotiate mutually acceptable custody arrangements for your children. All that remains to be negotiated is child support – who will pay how much. But you cannot come to an agreement. So, you are going to court. You tell your divorce lawyer:

“I’ve been reading about child support on the Internet. I can’t afford what the law says I have to pay. So, the judge should take pity on me and let me off easy. That just makes sense, right?”

You and your spouse are splitting. You can barely speak a word to each other. Your marriage is over. Historically, you both contributed to household maintenance. But suddenly, you are the only one paying the bills. So, you are going to court. And you tell your divorce attorney:

“My husband and I have been at odds for the last year and can’t agree on anything. To punish me, he’s stopped contributing to the mortgage and doesn’t even help with the electric bill. He owes me a heap of money and I’ll be able to collect that when I hire you to do my divorce, right?”

Are you seeing a pattern here? In all three scenarios, one of the parties is asking whether the facts they are presenting will ensure their divorce litigation resolves in their favor. Will the judge see the righteousness of their cause?

Historically, the facts of your family life will likely not play well in court. Not that documentation and evidence don’t matter. They do. But facts in themselves will not automatically sway a divorce or family court judge in your favor – for a host of reasons. In fact, according to Judge Learned Hand, one of New York State’s most revered federal judges:

“I must say that as a litigant, I should dread a lawsuit beyond almost anything short of sickness and death.”

In other words, try as best you can in every area of your life to resolve disagreements outside of the courtroom. Let’s take the three examples mentioned as primers on how badly off the rails even the most “simple” divorce litigation can go.

“I have an open-and-shut case.”

There is no such thing as an open-and-shut case when it comes to divorce or child custody litigation. Divorces and child custody cases are litigated because the parties involved cannot come to an agreement among themselves. And they hope that an impartial third party, in the form of a divorce court or family court judge, will be able to see past the histrionics to make the “right” decision – the one that favors them, of course.

In my 25 years as a trial lawyer, I have always encouraged clients to consider the words of Judge Hand – to only litigate when all else fails – and to heed the words of another jurist, Jerome Frank, who wrote in his book Courts on Trial, that the evidence which clients often believe will lead to a slam dunk victory in court rarely result in the hoped-for victory once the judge gets a look at them.

As any experienced trial lawyer knows, but particularly in divorce court, it is not the cold, hard facts of a case – to the extent they are even knowable – that carry the day in court. Rather, it is the judge or jury’s perception of those facts and the application of the law to those facts that results in a legal decision that decides most cases. This is a difficult concept for many divorce litigants to grasp when they are so certain that the obvious merits of their case will result in a swift and sure decision in their favor. It just doesn’t work that way in real life.

“I can’t afford child support, so the judge will let me off easy.”

Well, not quite. If every parent could plead poverty to evade their legal duty to support their children financially, New York State would be full of even more starving children. However, most states, including New York, have strict rules governing child support.

Everyone who pays child support is expected to pay it at a rate commensurate with their earning capacity – not their actual, present income. This rule was designed to prevent highly capable parents from taking low-paying jobs as a strategy to minimize their child support obligations. Not to say that there aren’t other factors that can mitigate how child support is calculated, but pleading poverty per se is not one of them.

“My husband owes me money for bills I paid during the marriage, so it will be easy to collect that amount when my divorce is final.”

Well, no. There is a word for what happens when two people who join together in holy matrimony decide how their family finances are juggled: Marriage.

As a rule, courts will not review the history of your family finances to divine how you and your spouse divvied up household expenses. The court will not ask whether you and your spouse contributed equally, according to your incomes, or by some other method. So, if your husband stopped contributing to expenses and you voluntarily shouldered the bulk of the bills, you likely will have no claim for reimbursement when you go to divorce court.

So, then, what options are available to me in my divorce?

Speak to an experienced divorce attorney. That is step one. Every divorce is different. Your particular situation, your marriage, the issues you face, whether or not you have minor children are all unique to you. If you have questions about how best to navigate your options, let's talk. I'm Dan Stock, and you can call me at 475-232-4105 or email me at dhstock@danielhstockpllc.com to schedule a consultation.