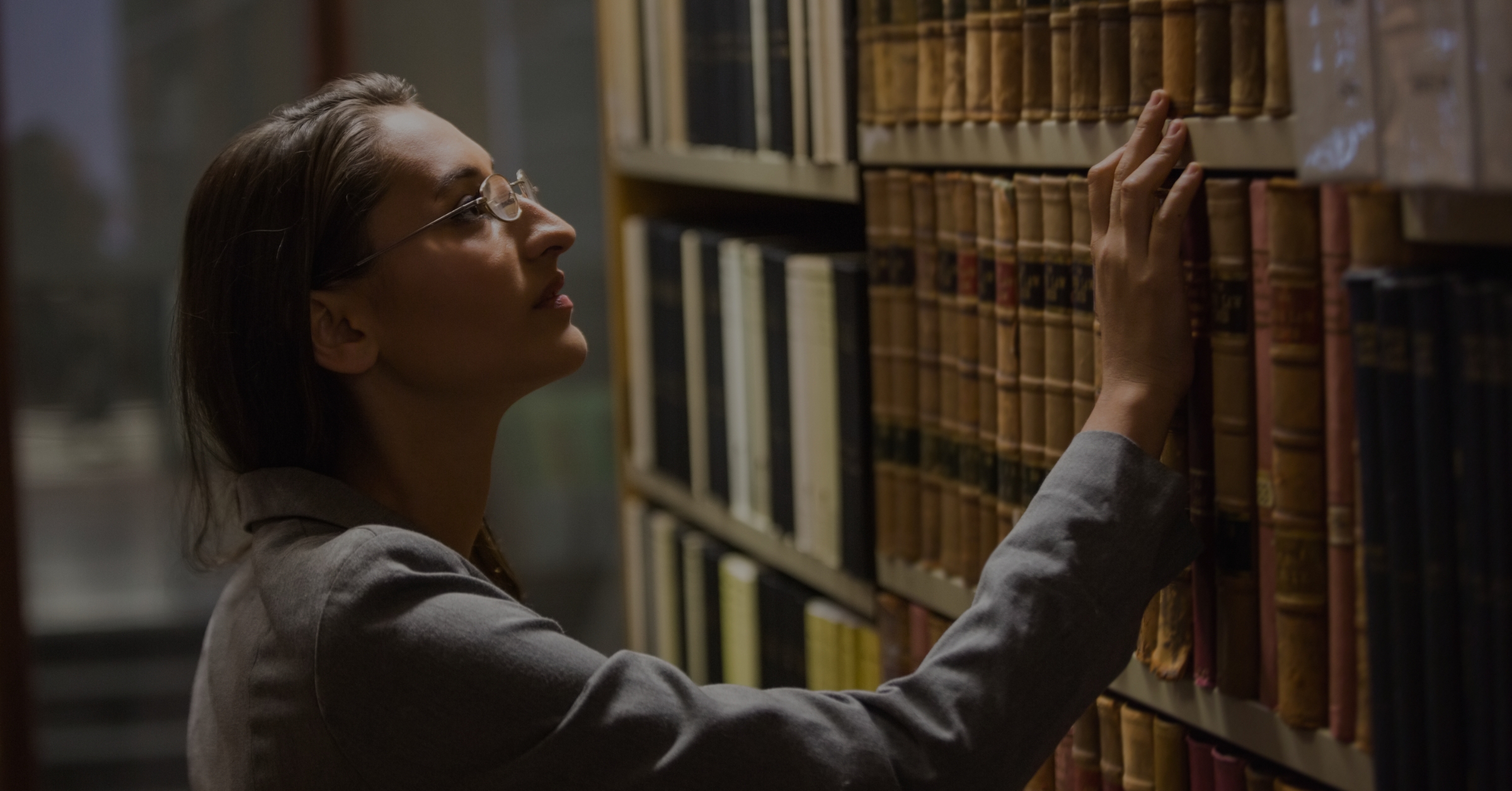 Case Study: Is the court prejudiced against women?

One woman's story – is this you?

My husband initiated a separation in 2015. Despite raising our children as their primary parent for 13 years, while my husband constantly traveled for work, I received a letter from his attorney accusing me of unfitness and alienation – even before we had stepped into court. I endured two years of litigation at a cost of approximately $700K. My husband and I had to liquidate most of our assets to pay our lawyers.

It seems courts want "moms to get the kids and dads to get the money." In my case, I felt like the judges and attorneys tried to avoid having my case go to trial because that would be "real work" for them. I also thought attorneys are "professionally assessed" based on their ability to get couples to settle. Also, in my case, I found that my husband – the "monied spouse" -- got away with incomplete financial disclosure. Moreover, it is an open secret that judges come to early predetermined conclusions in ex parte sessions with attorneys, and the rest of the process is rigged from the outset.

What resource do women have when an attorney mishandles your case?

This is a sad but all too common story. It is not that there are no pitfalls in the legal system as it relates to divorce cases. There are. And they require careful navigation by a skilled attorney. In this case, however, responsibility for this woman's unsatisfactory outcome belongs to her attorney and not necessarily "the system, the law or the judges" in her case.

That said, could this woman have secured a different outcome? Perhaps. Let's take her complaints one by one:

The wife raised the children. The husband was away from home a lot. He was not involved in the lives of the children until the divorce action was filed.

Absentee parents – often fathers, who have little involvement with their children until a divorce action begins, exemplify the "Daddy Come Lately" syndrome. In this instance, joint custody or splitting parenting time may seem grossly unfair to the mother. However, both parties must understand that, until proven otherwise, there is a legal presumption that both parents are entitled to 50-50 legal and physical custody of their children. To upend that presumption, one party must present evidence that proves they are the better parent.

Had this woman consulted an experienced divorce lawyer at the early stages of her case, it is possible she could have defeated the father's claim for equal parenting rights by, for example, advising her to keep a log of his absences or other facts showing he was an uninvolved parent.

Before stepping foot into court, the wife received a letter from a lawyer…

Many divorces do not end up in court. But even those which do follow a sequence of events, including negotiations, long before either party "steps foot into court." This is another example of this woman's poorly preparing her for the divorce process to come. Had her attorney communicated with her possible strategies and tactics by opposing counsel, she would not have been caught by surprise. Moreover, any letters sent to her by opposing counsel should have been reviewed by her attorney and dealt with in an appropriate manner. It appears she was egregiously underserved by her attorney.

Litigation is expensive, which is why many judges and attorneys seek to help their clients negotiate their separations outside of the courtroom.

Retaining a lawyer to negotiate your divorce is not necessarily a costly undertaking. Litigating your divorce in the court system is. Divorce is often described as a business transaction wrapped inside an emotional nightmare. Whether one litigates or negotiates one's divorce is really a cost-benefit exercise.

In a high-net-worth New York divorce, marital assets frequently total millions of dollars. These assets are frozen in the marriage until they are freed up and divided during the divorce process. If both parties are transparent about their marital assets and can discuss their distribution, the process can be very cost-efficient. However, suppose the goal of one of the spouses (often the male, monied spouse) is to prevent the other spouse (often the wife) from sharing the marital pot. In that case, the time required to achieve asset distribution and finalize the divorce can be significant.

Taken as a cost-benefit analysis - if every dollar the wife spends to fund the work her attorney does on her behalf delivers $100 in marital assets to her, she would be well-represented indeed.

"Judges and attorneys don't want trials because it is real work."

Again, litigation is costly. Negotiating a settlement usually takes less time than taking a case to a trial. While it is true that, as part of their jobs, judges must try to move cases along as efficiently as possible, judges are paid by the State to oversee your case regardless of whether you settle or go to trial. If the divorcing parties cannot come to an agreement, they will go to court, and the Judge will resolve the legal issues for them, by trial if necessary.

Conversely, lawyers will typically earn more on cases that go to trial than those that settle. Trials take more time. Your lawyer, and this woman's lawyer should be focused on securing the best possible outcome for their client. If that is to negotiate an appropriate settlement without trial, that is the goal. If the couple cannot agree to terms, then the courtroom is where decisions will be made. If this woman's attorney was driven by legal fees rather than his client's best interests, that is an issue.

It is true that some attorneys avoid litigation simply because they lack sufficient trial experience to represent their client's interests properly. When interviewing an attorney prior to an engagement, asking about their experience as litigators is advisable because sometimes settlement is not an option.

"Attorneys are 'professionally assessed' on whether they get settlements."

There is a maxim that the best settlement is the one in which both parties walk away unhappy. And, without all the facts, it is unclear whether this might be the case in this instance. Regardless, New York attorneys are not rated on whether or not they secure settlements.

"Monied parties get away with incomplete financial disclosure."

This can be true when the wife's attorney does not know how to compel discovery from a recalcitrant monied spouse.  Lawyers who do not insist on obtaining reasonably comprehensive financial disclosure in high-net divorce cases where they represent the non-monied spouse are providing a disservice to their clients.

"It is an open secret that [court personnel meet with] attorneys, and the rest of the process is rigged from the outset."

It is true that judges and lawyers sometimes meet privately in the courthouse outside the presence of the divorcing parties to discuss the case. However, they are not "colluding" during these meetings.  Rather, these informal conferences, as they are known, serve a useful purpose. They often permit frank, off-the-record discussions, which may lead to a settlement. It is unfortunate that this woman's attorney did not explain this to her. Again, this further supports engaging an experienced lawyer who will explain this and other steps in the divorce process to a client. There is no reason any client should think her case is being decided by others in a "smoke-filled room."

"The court system wants 'mom to get the kids and dad gets the money.'"

This is another instance where this woman's attorney failed to adequately communicate with her throughout the divorce process. Every year, there are thousands of divorce cases where custody is awarded to fathers and marital assets are distributed to spouses regardless of gender. The fact that this client thought gender bias was rampant is an indication of another failure of her lawyer to explain the process to her fully.

The story shared here is an unnecessary tragedy. The right representation in your divorce matters. Above all, ask questions. If your attorney blames the system rather than his/her poor performance, change representation. If you have questions about your divorce, child support, maintenance, marital assets, or whether negotiation/litigation is the right course of action for you, let's talk. I'm Dan Stock, and you can call me at 475-232-4105 or email me at dhstock@danielhstockpllc.com to schedule a consultation.

I Cheated on My Spouse. Will It Cost Me in My Divorce?

Who Decides How to Raise Your Children Once You Are Divorced?